Do you ever get a craving you can’t shake?  I don’t mean a craving that last for a few hours, but I mean for days on end.

Usually, my cravings come and go.  I’ll want something for an afternoon and by the next morning, my mind (and belly) have moved on to something else.  I’m fairly fickle that way.  I want all sorts of things all the time and it can change from one minute to the next.  But, every so often, I get stuck on something and can’t let go of it. 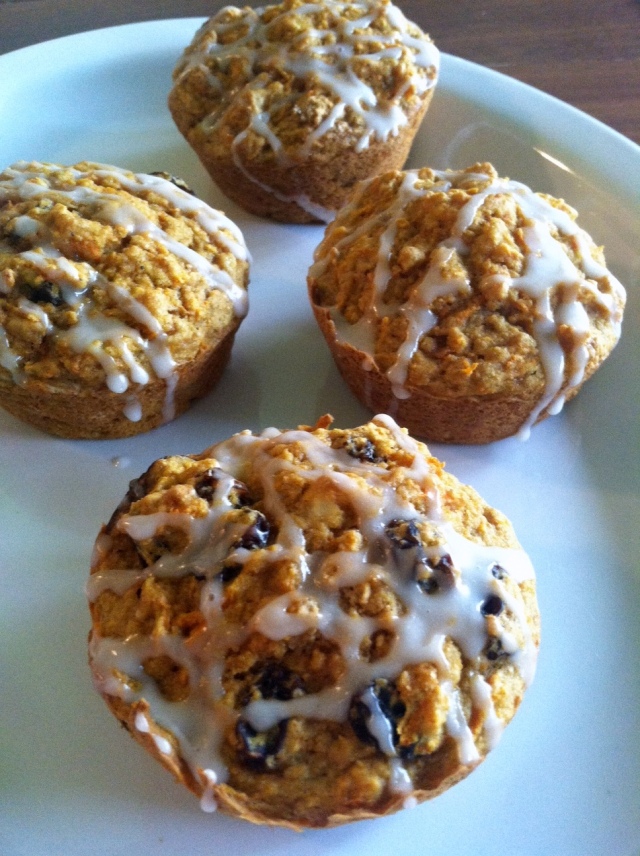 Such was the case with carrot cake.  I’m not even sure what triggered this desire, but once it set in it wouldn’t be put off.  The first day, I simply wanted carrot cake.  It sounded good and it was on my mind. The second day, I REALLY wanted carrot cake.  I was disappointed I hadn’t had some the day before and I couldn’t stop thinking about it.  By the third, fourth, and fifth days, I was consumed with an unquenchable desire to shove carrot cake in my face.  It kept running through my mind.  My stomach churned at the thought.  I fought hard to shake the impulse to schlep out to some mysterious all night bakery that didn’t exist and find a slice in the middle of the night.  It’s true.  Please try not to judge me.

Clearly, something had to be done. 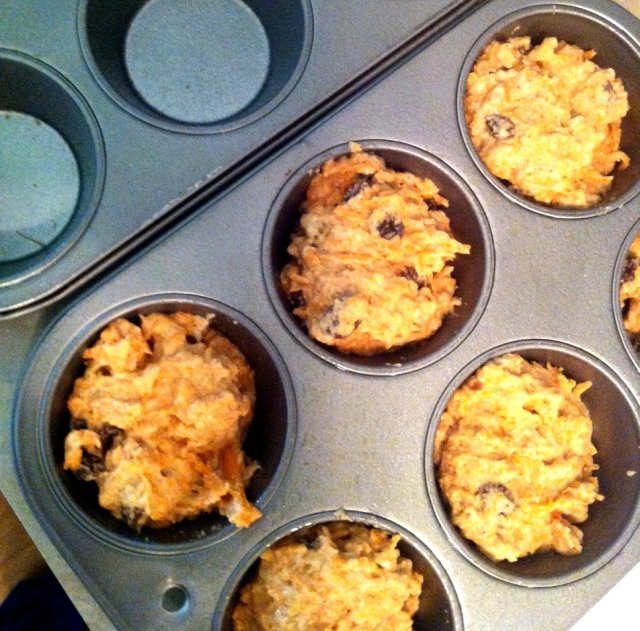 Instead of making a traditional cake, I decided to make cupcakes.  I appreciate cupcakes for their self-contained, individually portioned ease and neatness.  When there is a whole cake in front me, it’s too easy to just keep moving my knife to the right when I cut a slice, resulting in a portion that would feed a small family of four.  With a cupcake, though, knife creep is not an issue.

These are some of my favorite cupcakes I’ve made in long while.  Truly tasty and sweetened largely with the banana, raisins, spices, and carrot, with a small amount of brown sugar for richness.  You can eat them with the glaze, like I did, or leave it off and call them muffins.  Regardless of which way you go, I don’t think you’ll be disappointed. 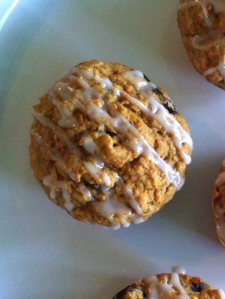 Adapted from Vegan with a Vengeance