I realize that many of you might not even know that this day of recognition exists, but it’s been on my radar for a very long time now and I always celebrate, even if only introspectively.  Professionally, I’ve worked as an advocate for survivors of domestic violence (largely gender-based violence) for many years.  Personally, I’ve been an all-around advocate for gender equality for as long as I can remember.  So March 8th always feels like a holiday to me – a day to celebrate and honor my people.

I’ve been deeply privileged to know a great many incredible women throughout my life and I’ve been inspired by thousands more that I’ve never met in person.  With that said, it’s only been over the last few years since I started running that I’ve truly connected with finding inspiration in women athletes. 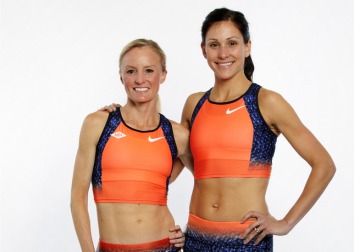 Becoming a runner – a female runner – has brought so much into my life and I am continuously inspired by those women who have battled hard to be respected in the world of athletics, those who have demanded resources and support for athletes of all genders, and those who have simply trail-blazed the way for the rest of us – proving with their actions what women were capable of before anyone would listen to their words.  (Let us not forget that not all that long ago people believed running a marathon could cause a woman’s uterus to fall out!)

In honor of International Women’s Day and female athletes everywhere who are getting it done, whether it be alone at 6am on their local trails or in front of crowds full of people, I thought I’d take a minute to recognize a few of my personal favorite female runners who inspire me on a regular basis.